My favorite magazine covers and the untold stories behind each one

These are the memories that I will never forget!

Despite having worked in the fashion industry for the last 6-7 years, I still remember the joy and nervousness each time I got invited to be on a magazine cover. Each published one is the collective effort of the creative directors, photographers, make-up artists, stylists, brands,… making the experiences exceptionally special to me.

I want to share with you the never-before-seen behind-the-scenes of the 14 magazine covers that I appeared on in the past years! 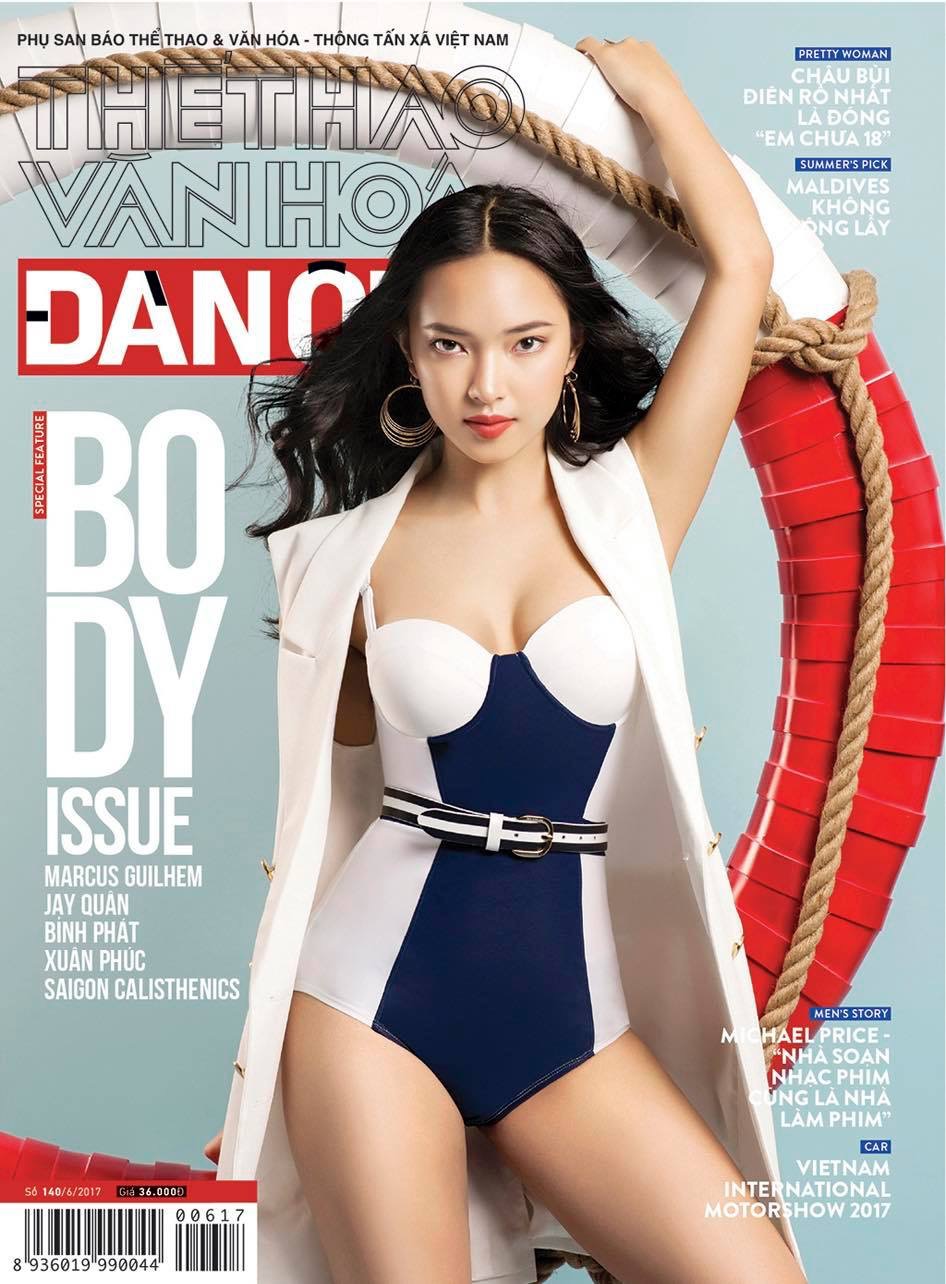 This was the first magazine cover I had right after my appearance in the movie “Jailbait”. This was also a rare cover on which I wore a swimsuit since I have always been shy when taking sexy photos. But I am really fond of this cover, the image looks youthful, lively and sporty. 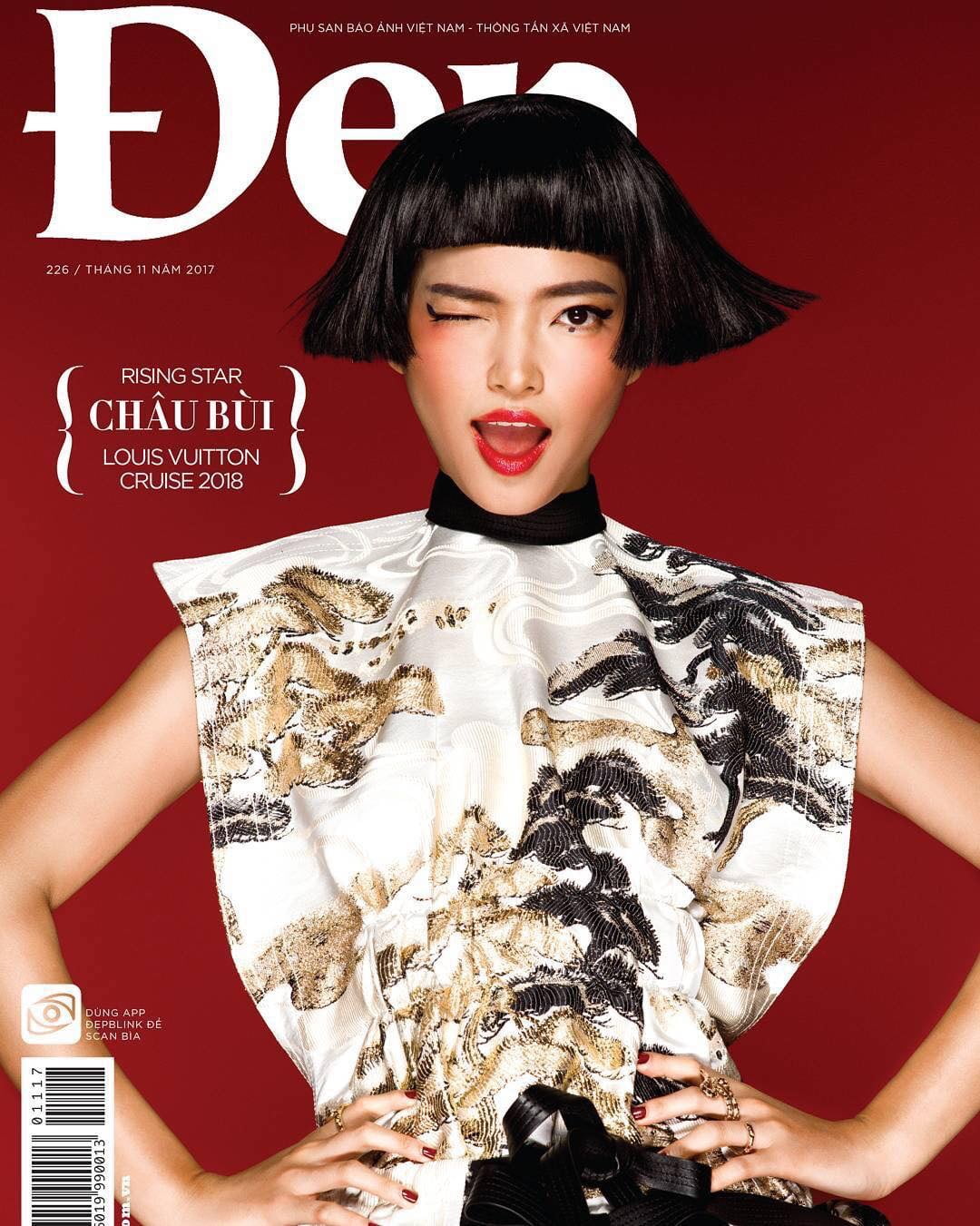 This cover marks the first time I was featured in Ms. Ha Do’s Dep Magazine cover, the first time I worked with Louis Vuitton, and the first Vietnamese fashionista to be invited to an international event by Louis Vuitton (Cruise 2018 collection presentation in Hong Kong). The moment I received the invitation, I was completely overjoyed. My hard work had paid off!

Unfortunately on the shooting day, I got food poisoning, I wanted to cry during the whole photoshoot
and almost passed out from the pain, but luckily the shooting was successful and the cover
is extremely satisfactory! 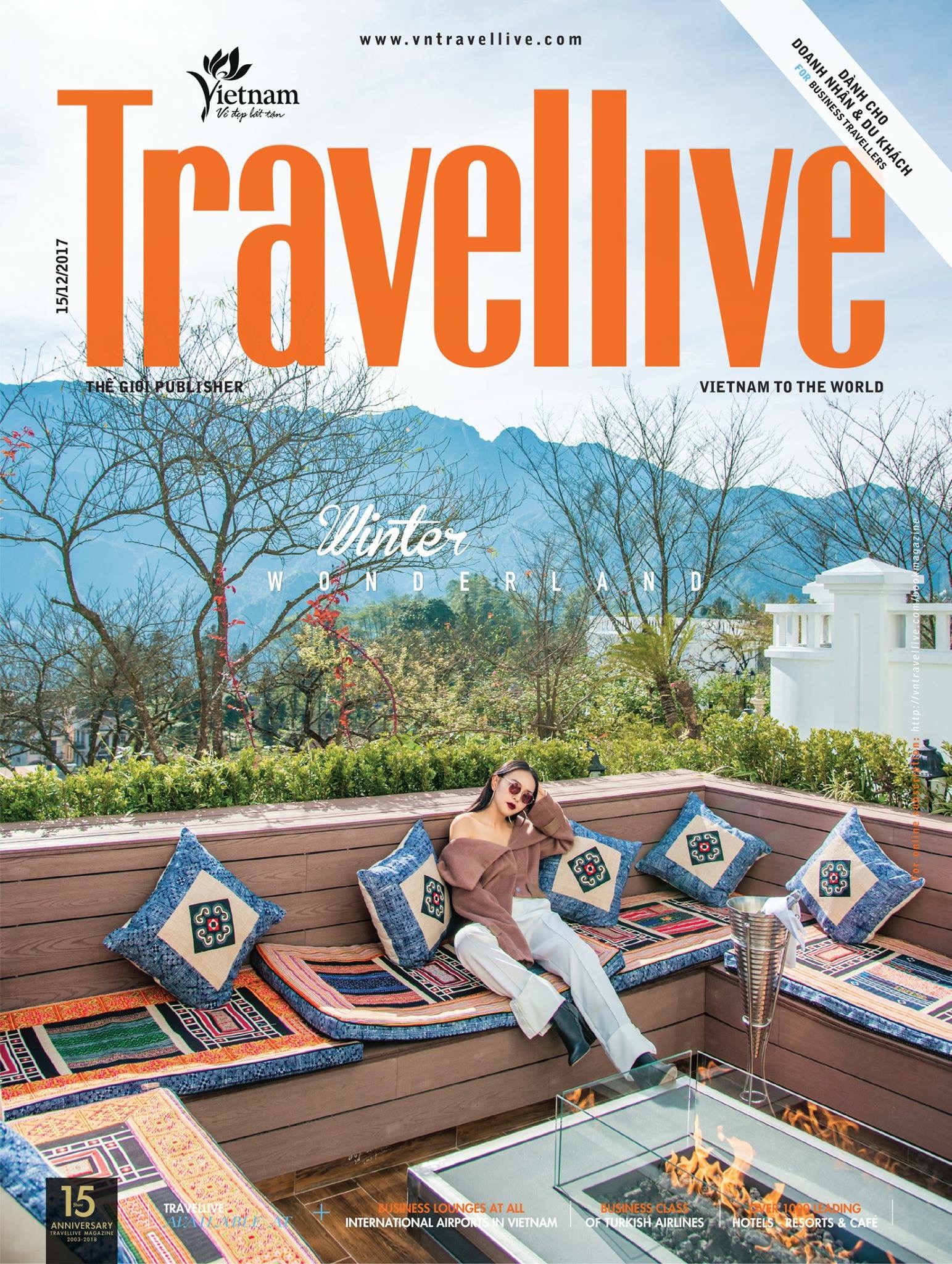 A beautiful and lovely magazine cover. The photoshoot was in Sapa so the weather was
comfortable, our team worked effectively, and the session went on really successfully! 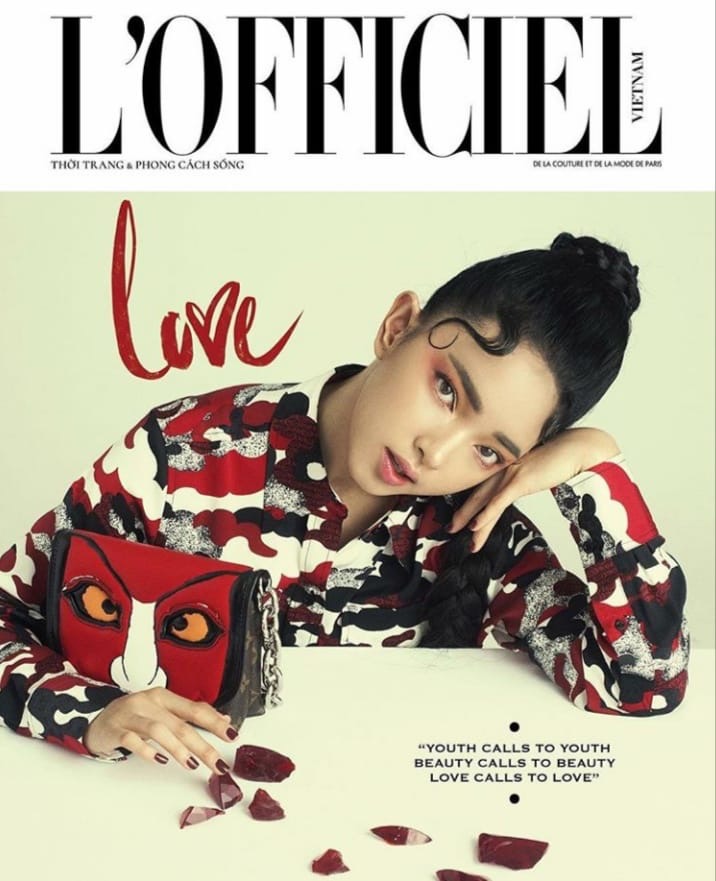 This cover marks the first time I was featured on L’Officiel, a fashion magazine that always brings us something new and groundbreaking. I was wearing a Louis Vuitton outfit and you can also see that the make-up and hairstyle layout was rather peculiar, right? I usually never braid or put my hair up this high, but the team encouraged me to challenge and rebrand myself for once. The result was this very artistic photoshoot, I love it!

This is one of my most mentioned magazine covers because I truly like this photo: eccentric, somewhat rebellious but still glamorous and minimalistic. This was also the first time I collaborated with Cartier in a campaign. I still have the Juste Un Clou bracelet with my name Chau Bui engraved on it, which was given to me by Cartier on that occasion. It is such a personally meaningful gift to me. 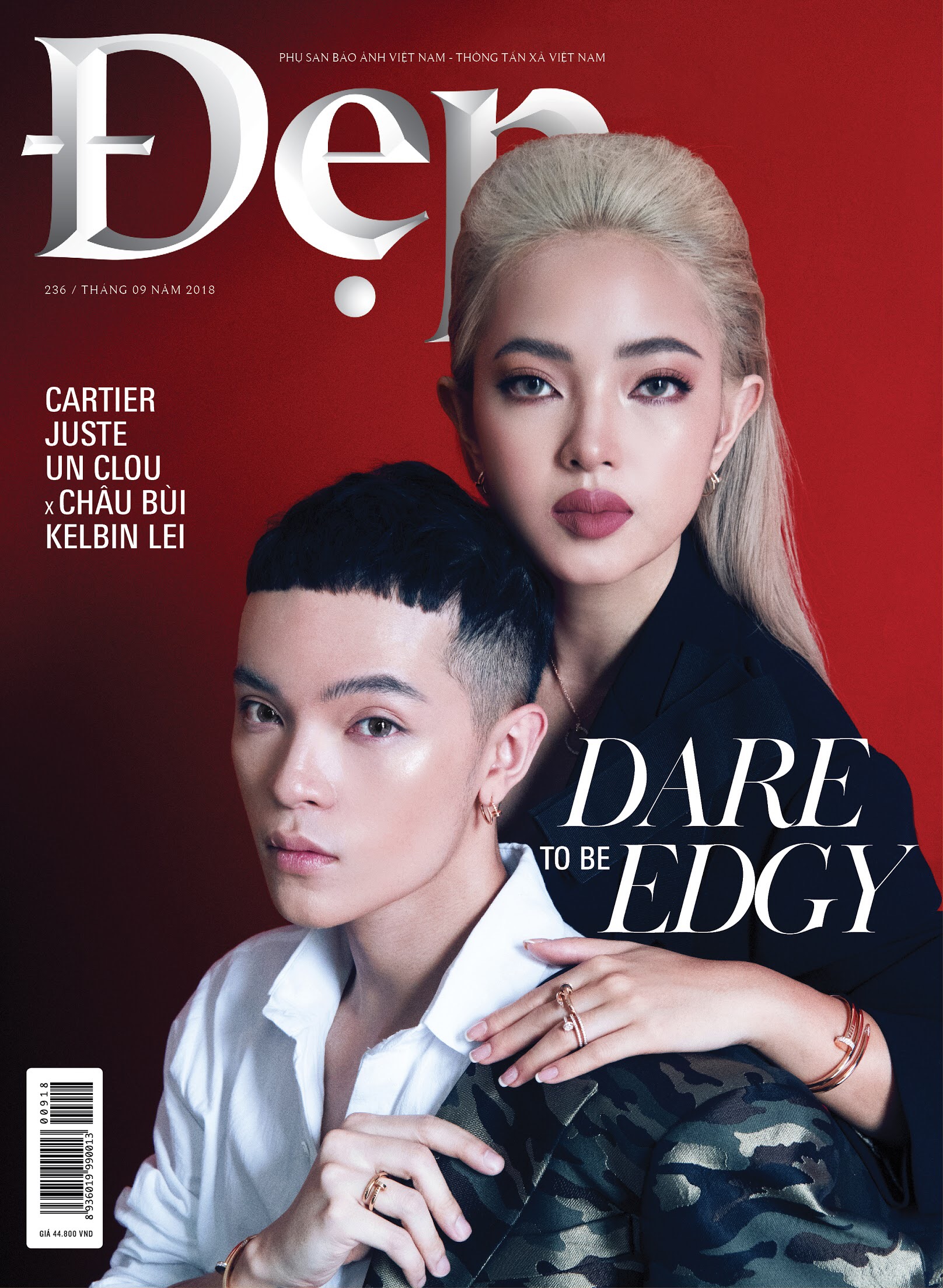 The September issue’s cover is always the most important one for a fashion magazine. To be featured on Dep Magazine’s September issue with Kelbin Lei and Cartier is definitely one of the most memorable landmarks in my career.

This is a travel-themed magazine, so apart from dressing up and putting on beautiful make-up, we also had to be able to show the landscape and the design of the hotel. I almost didn’t recognize myself on this cover since the make-up and outfits were very charismatic, don’t you think? I’m happy for having a chance to have a photoshoot with Wanderlust in Danang. 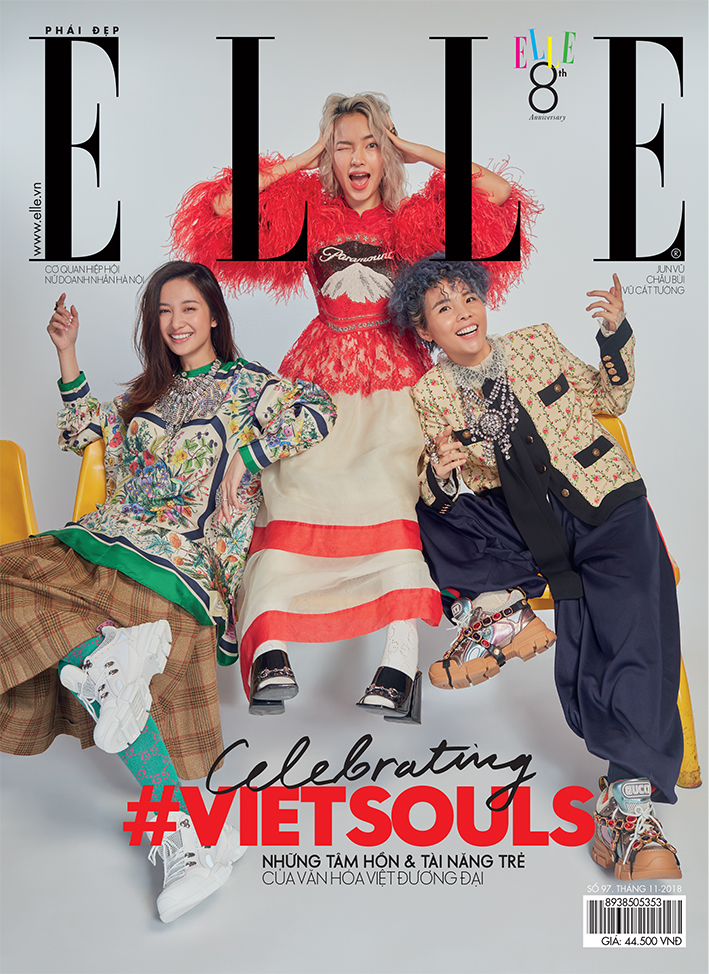 Here’s another magazine cover that marks a lot of “first times”: first time wearing a Gucci outfit on a cover, celebrating the 8th anniversary of Elle Vietnam. Elle, for me, has always been a youthful, lively, and artistic fashion magazine, so this cover perfectly captures the magazine’s essence. 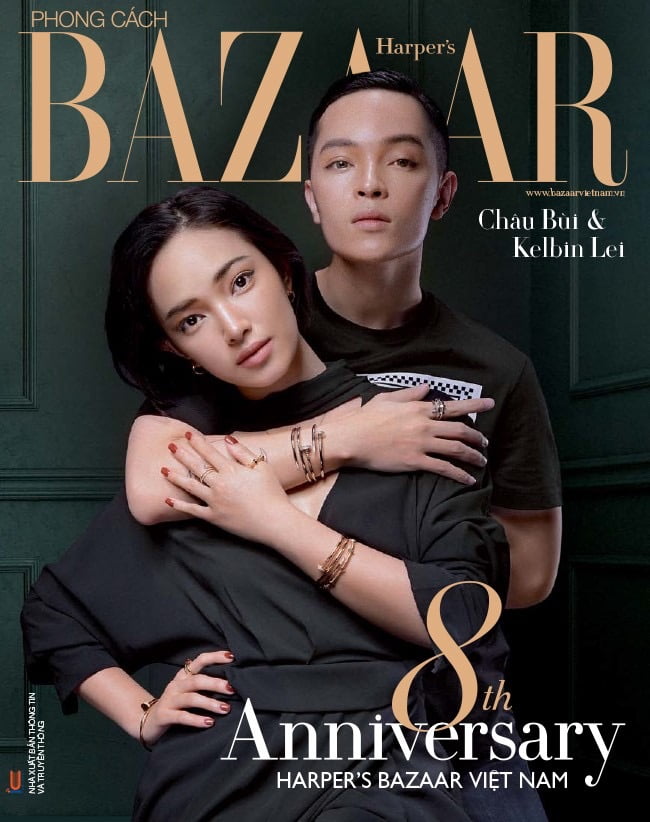 This is the first time I was featured on Harper’s Bazaar cover, one of the most popular and pretigious fashion magazines in the world. To have a chance to work with fashionista Kelbin Lei on the 8th anniversary of Harper’s Bazaar Vietnam is an especially meaningful memory. 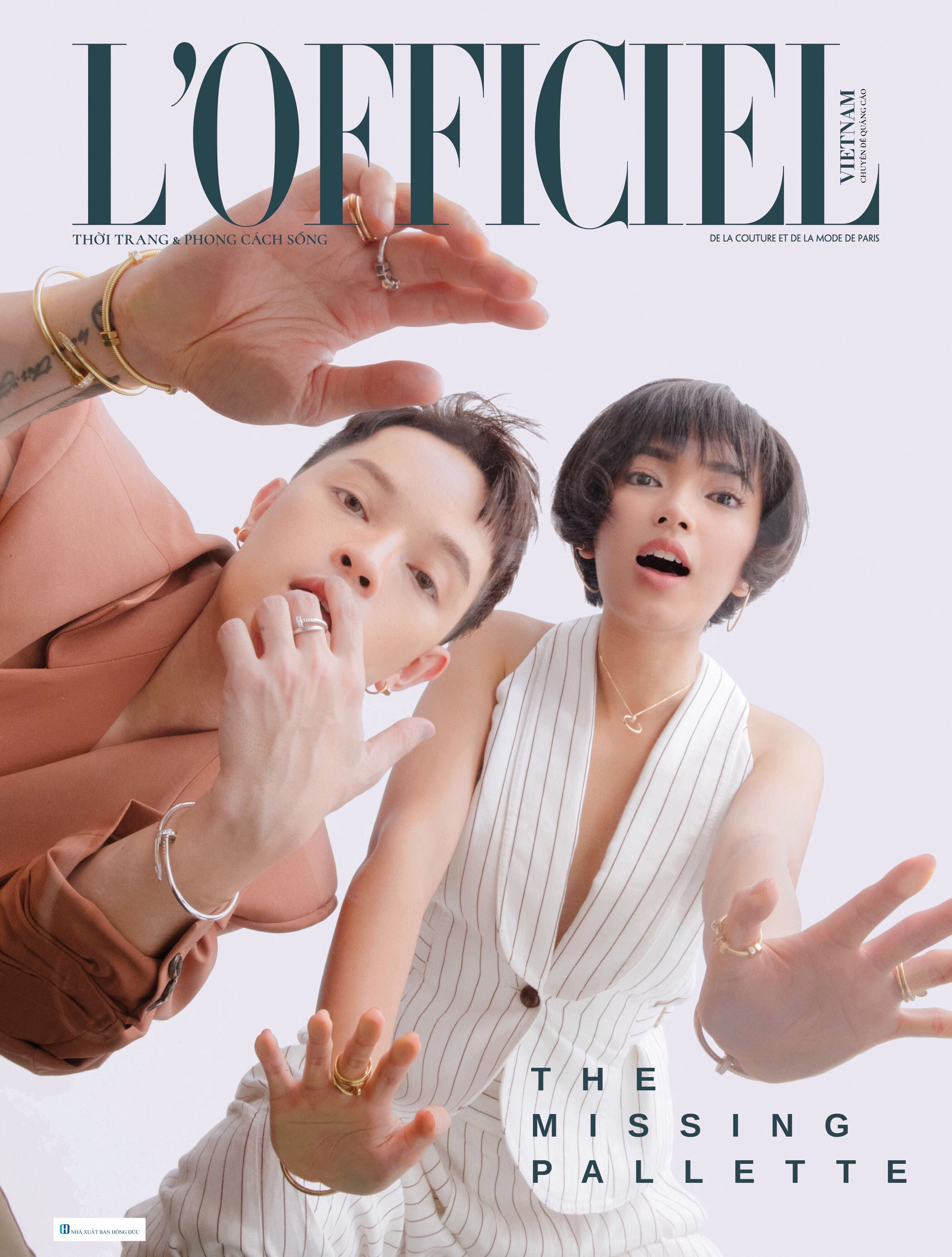 I remember this photoshoot very well as Kelbin and I were posing on a piece of glass while the photographer shot from below. The poses in this photoshoot were really special, since Kelbin and I needed to coordinate perfectly from our facial expressions, accessories, outfits, hairstyles, etc in order to have the perfect shot.  It was also quite a long session, it took about 3 hours before we came to a satisfactory stop. This cover was shot in Thailand, in an extremely special location: an old aircraft cabin that has been transformed into a restaurant. I worked with photographer Thai Pham on this photoshoot. Although Thai and I had collaborated many times and he was familiar with my best angles and poses, the session was still exceedingly challenging for the temperature in the cabin went up to 44, 45°C. I was also wearing Gucci’s Fall/Winter collection, so it was even more suffocating. The result was a cover that was exceptional from the layout, the lighting to the vibe. 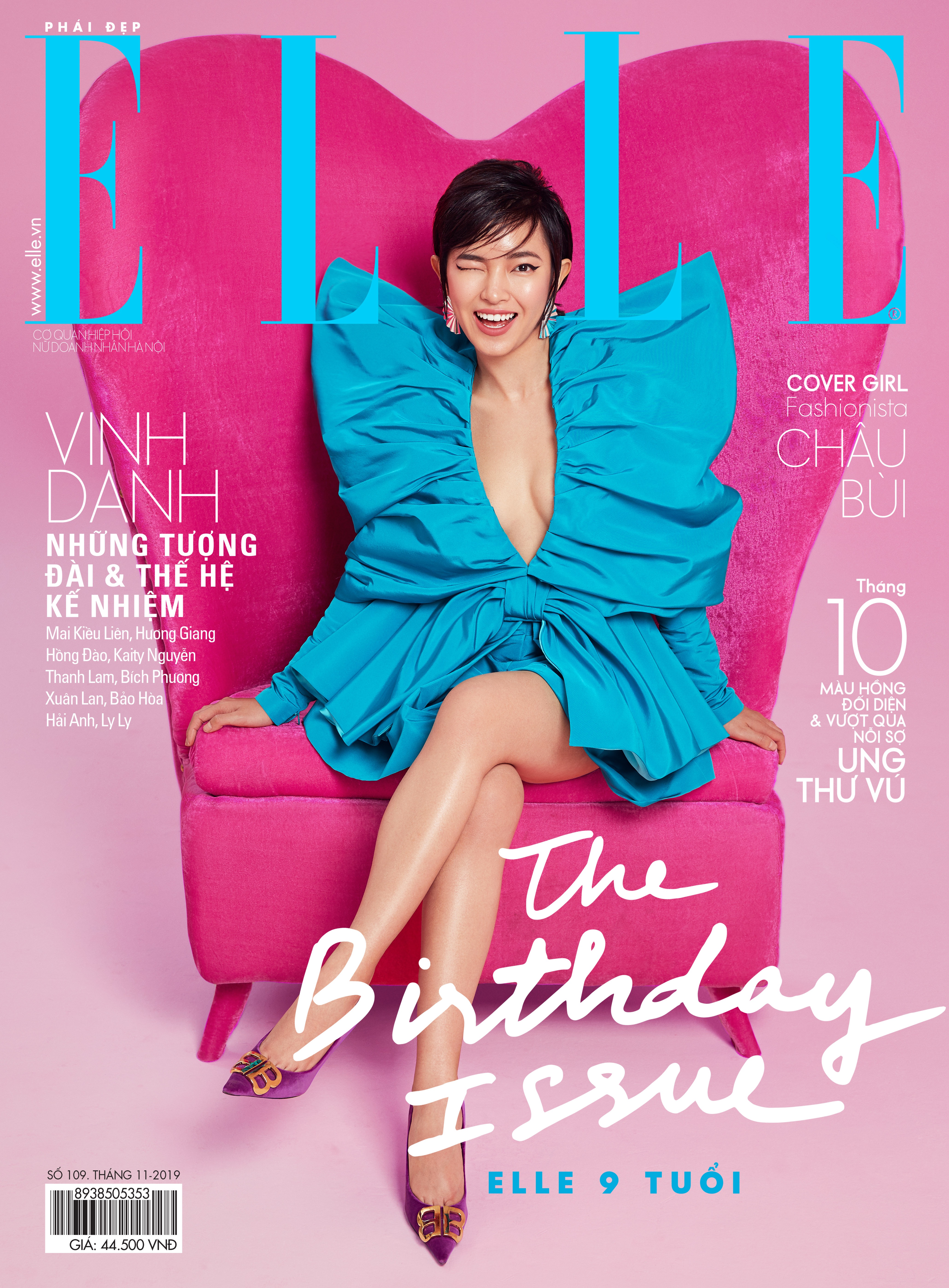 Once again I was featured on Elle’s cover during its birthday month. This was a wonderfully cheerful photoshoot: everything from the outfits to the make-up and the set designs were in bright colors. I was wearing a dress designed by designer Cong Tri. I was so touched as he altered this amazing dress from his New York collection so that I could fit into it for the shoot! 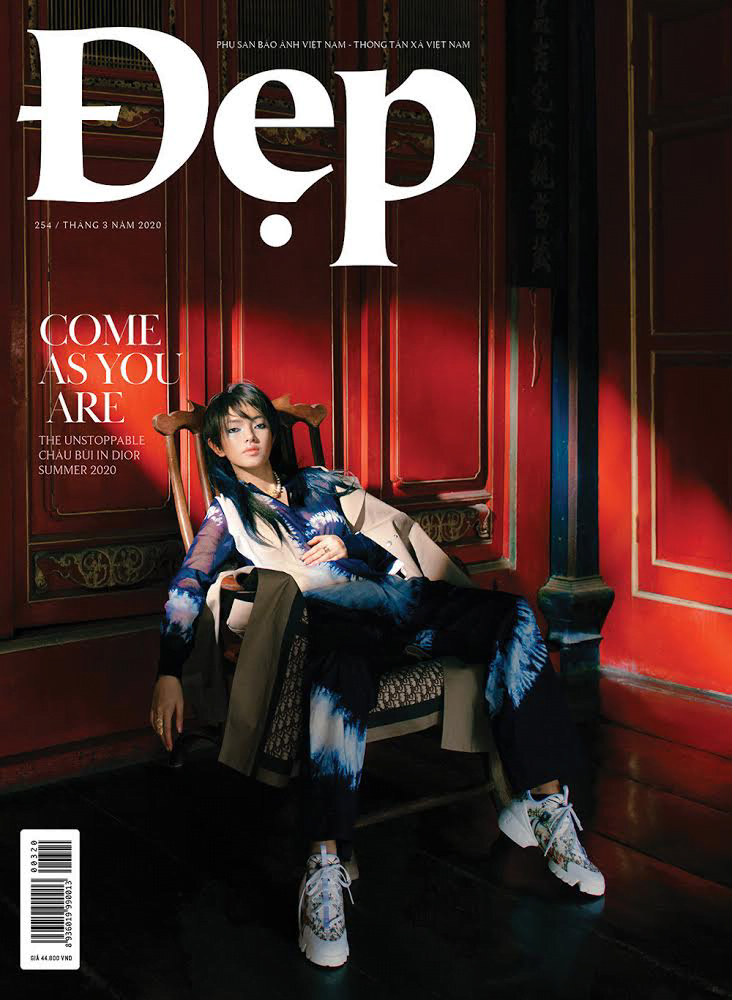 This photoshoot was taken in an ancient house in Bangkok, and it was the first time I wore Dior on a magazine cover. My hair and make-up layout look quite different, don’t they? I think this look really embraced the strong feminism spirit of Dior! My most memorable moments of this photoshoot was when I had to jump into a pool to pose without knowing how to swim, then my skin was all covered with allergic rashes… and in the end, Ms. Ha Do (the creative director) didn’t choose any of the photos in the pool to publish *cry*. 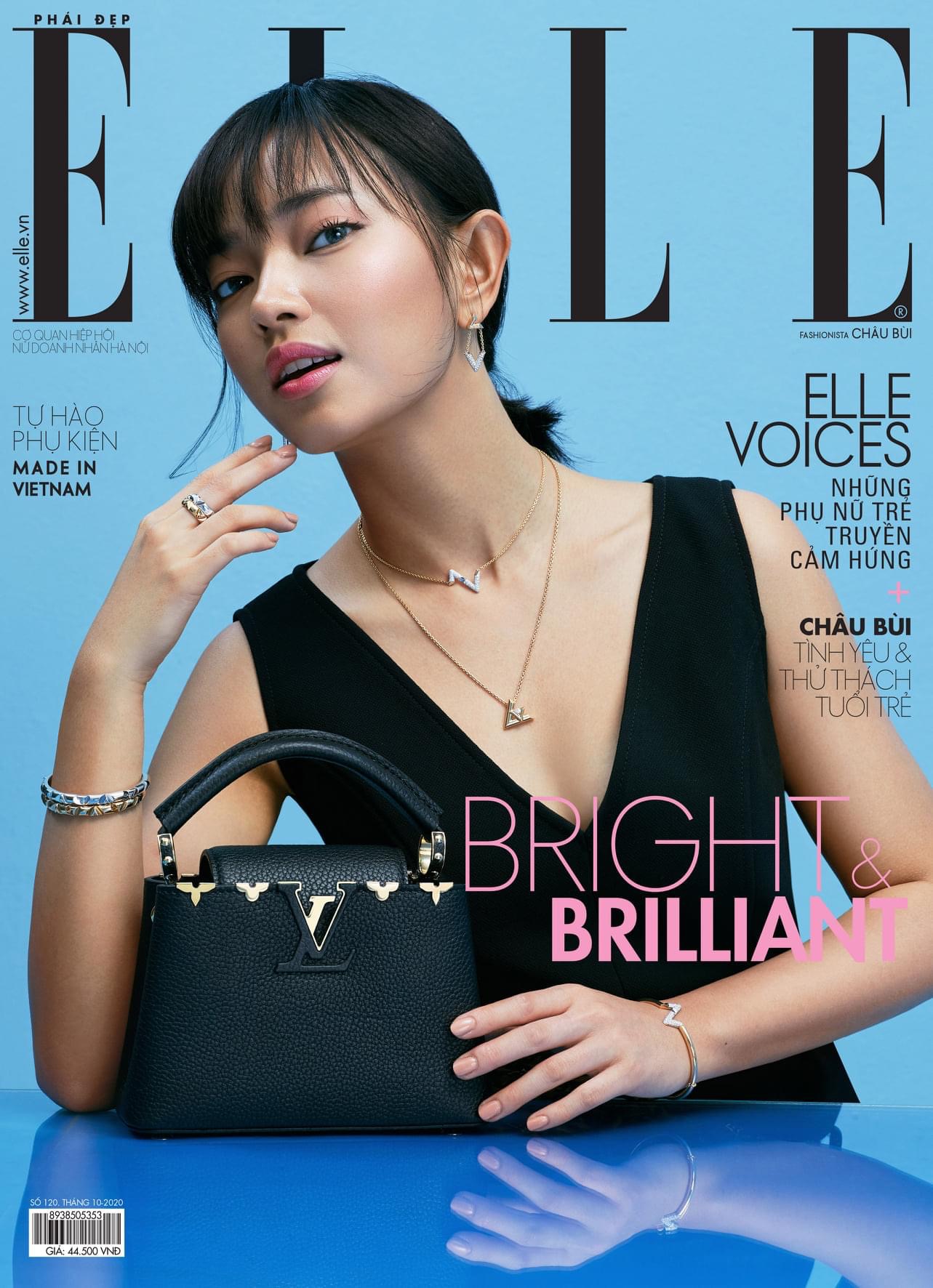 This is the most recent magazine cover I was on. I was wearing an outfit from Louis Vuitton. I like the delicacy and elegance of this cover, and it was also loved by the Global Louis Vuitton team.

Looking back at these magazine covers, I really would love to thank all the people working with me in fashion magazines, brands, on-set teams that have always supported me in my career. Hopefully, I will be able to come back to work after this lockdown and see everyone again soon. 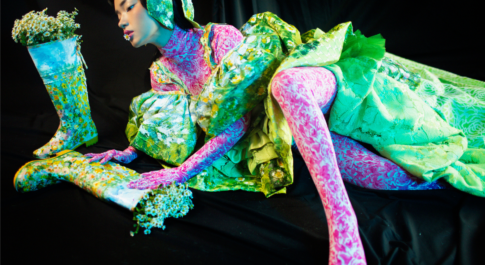 A 12-hour photo shoot at the home studio with my neighbor Tang Tang. 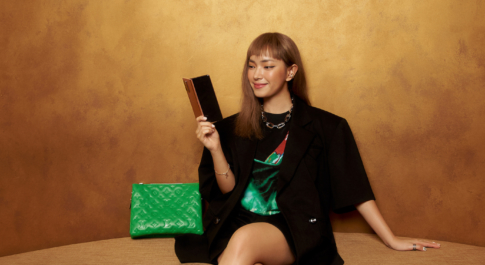 If I had a 5-item capsule wardrobe, here're the ones that make the cut. 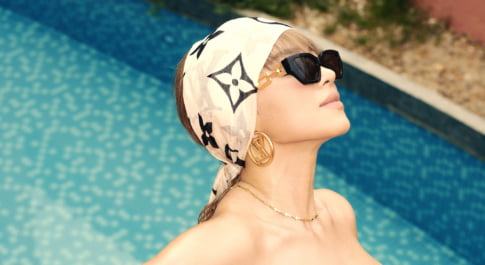 Let's all have a fashionable summer.
COMMENTS
Leave a comment