As society is becoming more accepting with different gender identities and sexual orientations, fashion reflects it as well.

Fashion has long become a way to express our personalities and aspirations. Clothes are how we signal our self-identities to the society we’re living in. Thus, as society is becoming more accepting with different gender identities and sexual orientations, fashion reflects it as well.

I’m very happy to see fashion brands, social platforms, and trendsetters are all encouraging everyone to embrace their individuality, regardless of how they identify themselves and their personal styles. And a huge part of this movement is how designers and the rest of the industry are together helping to degender fashion.

When non-binary fashion is going mainstream

Did you notice recently on Instagram, Tiktok or TV shows, more and more people have come out as non-binary? The way one dresses and expresses, thus, diversifies. Clothes no longer conform and are restricted to binary standards. There are no more rules saying men can’t wear skirts and high heels, or women can’t wear suits. Trends once coming from the drag queens, and crossdresser community, now are accessible to anyone who wishes to follow them.

Rapper Lil Yatchy is about to launch a nail polish collection for every gender. Harry Styles went from a heartthrob pop singer with millions of fangirls to the non-official brand ambassador for Gucci, wearing with sheer blouses and bows, nail polish, earrings and necklaces. He also became the first man to wear a skirt on a Vogue’s cover photo.

On social media, Tik Tok Wisdom Kaye was voted as “The best dressed guy on Tiktok” with more than 5.8M followers. He often is dressed in stunning outfits, mixing and matching all type of skirts, shirts, pants, and high heels. It would be missing if we don’t mention James Charles and his gorgeous make-up tutorials on Youtube.

In 2016, Gucci designer Alessandro Michele announced that Gucci will no longer have separate men and women collections. They will be integrated in non-gendered collections introduced at the brand’s own schedule.

Last Fall, Marc Jacobs launched the product line “Heaven”, which is described as clothes for “girls who want to dress like guys, guys who want to dress like girls, and for those who want both.” Stella McCartney has her “Shared” line including gender-neutral streetwear designs. Gucci’s website has a tab for non-binary customers called MX. This is viewed as one of the strongest push for the non-binary community in the high fashion retail world.

On the runways from New York to Milan, non-binary and transgendered models are getting more recognized and working with the top fashion houses like Chloe, Gucci, and Prada.

Brands to watch for

Besides the big fashion houses, the retail industry also changes with the wave of non-binary fashion. A recent report shows “non-binary” tagged products have increased in 56% in 2021 in the retail stores. The sales of apparels which everyone can wear like T-shirts, hoodies, and sweatpants grow from 17% to 51%, and most of which are from young consumers.

Many gender-fluid fashion brands were born such as Les Boys Les Girls, Cold Laundry, Telfa, or Nicopanda. Retailers are also on a race to launch their non-binary collections during Pride Month. Abercrombie & Fitch has launched a collection consisting 24 designs with no gender tag, aiming for a everyone-can-wear concept. Hollister established a new product line named “Social Tourist” for non-binary customers. Calvin Klein x Heron Preston also has a sexy and practical collection of gender neutral hoodies, T-shirts, underwear, socks, and accessories. These designs’ sizes range from XS to XXL sizes.

We have the right to hope that this movement in the fashion industry is a very positive sign for the future: where everyone is accepted and able to express themselves, no matter who they are. This is no longer “just” a trend. This is a shift in the DNA of the fashion industry, reflecting a world of acceptance for all individuals. And I sincerely hope it is here to stay. 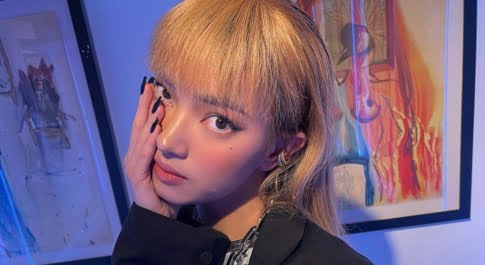 My first Louis Vuitton Spin-off Show after more than a year!

Sharing my most memorable moments at the Louis Vuitton Spin-off Show last week.

The spirit of Tet

A special photoshoot for a special new year.
COMMENTS
Leave a comment